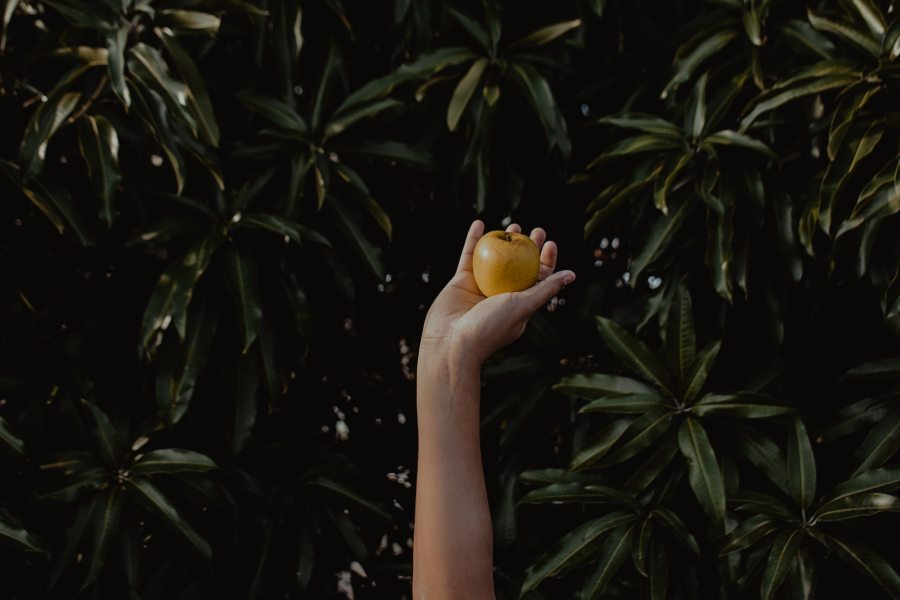 In my last post, I talked about the claim from some preachers that if you are born again, you are a “little god.” I argued that is not true, first by pointing out that when the Bible says we were made in the image and likeness of God, that is not the same as being a god.

5 Let this mind be in you, which was also in Christ Jesus: 6 Who, being in the form of God, thought it not robbery to be equal with God:

See? It says we should have the mind of Christ Jesus and think it is not robbery to be equal with God.

Problem is that reading is out of context. Context is so important to understanding the Bible, so let me explain what that means. Reading in context is about trying to figure out what the author meant when he wrote it, and what it meant to the audience it was originally written for. When I say something is being read out of context, I’m saying that is not what the author meant when he wrote it, and/or that is not what it would have meant to the original audience. When the author of Genesis 1:26-27 said the first man and woman were made in God’s image and likeness, he did not mean they were equal to God. The original audience would have thought of an image or likeness in the same way they would have thought of a statue, drawing, or painting of a person. It can look just like the person, but it is not the person. Therefore, reading image and likeness as equality is out of context.

With that in mind, does Philippians 2:5-6 say we should think of ourselves as equal to God? What does it say in context? That’s what I am about to examine.

Context: What does the verse really say?

To answer that, we have to dive into the Greek a little bit. If you didn’t know, the Old Testament was written in Hebrew—except for a few chapters of Daniel that were in Aramaic—and the New Testament was written in Greek. Or maybe they thought Paul wrote in King James English. If so, you need to know he wrote in Greek, because that was the language of the people of his congregations. And because King James English was over a thousand years and hundreds of miles removed from even one person speaking it, but I digress. For us trying to understand today what any of the Biblical authors wrote, it is inevitable that some things will get lost in translation.

Context: What does it mean within this particular section?

In this case the section we are looking at is Phil 2:5-11. Here is the World English Bible’s translation, which I am using because it is not copyrighted.

5 Have this in your mind, which was also in Christ Jesus, 6 who, existing in the form of God, didn’t consider equality with God a thing to be grasped, 7 but emptied himself, taking the form of a servant, being made in the likeness of men. 8 And being found in human form, he humbled himself, becoming obedient to the point of death, yes, the death of the cross.

9 Therefore God also highly exalted him, and gave to him the name which is above every name, 10 that at the name of Jesus every knee should bow, of those in heaven, those on earth, and those under the earth, 11 and that every tongue should confess that Jesus Christ is Lord, to the glory of God the Father.

The Mind of Christ

So Paul starts with “Have this in your mind, which was also in Christ Jesus” (v. 5). I prefer the NRSV, which says , “Let the same mind be in you that was in Christ Jesus” (Phi 2:5 NRSV). What does it mean to have the same mind as was in Christ Jesus? That is what Paul explains in the rest of the passage. We believe verses 6-11 were a hymn. If so, it could be the oldest Christian hymn we have record of. They didn’t know how to write music then, so we can only guess how it was sung. But the Christians in Philippi would have known and probably sung along in their minds as it was read to them.

Having the mind of Christ means humility and love that is willing to sacrifice oneself for others, even if it means suffering and death.

The hymn starts by describing Jesus as “existing in the form of God,” but then goes on to say in verse 7, he “emptied himself, taking the form of a servant, being made in the likeness of men.” So the hymn begins by contrasting his existence before he became a man with the human form he took as a man called Jesus of Nazareth. And when he was “in human form, he humbled himself, becoming obedient to the point of death, [even] the death of the cross.”

In between his being in the form of God and in human form, verse 6b says he “didn’t consider equality with God” harpagmos. This is a Greek word that can mean either “robbery” or “a thing to be exploited,” which explains the difference between KJV,

“Who, being in the form of God, thought it not robbery to be equal with God:”

“though he was in the form of God, did not regard equality with God as something to be exploited.”

Context: What else does the Bible say about this?

I’ve already talked about Genesis 1:26-27, where it says human beings were created not equal to God but in God’s image and likeness. This passage from Philippians makes the point more powerfully by saying even Jesus did not consider equality with God a thing to be grasped. That particular phrase also connects this passage with the Creation story in Genesis.

15 Yahweh God took the man and put him into the garden of Eden to cultivate and keep it. 16 Yahweh God commanded the man, saying, “You may freely eat of every tree of the garden; 17 but you shall not eat of the tree of the knowledge of good and evil; for in the day that you eat of it, you will surely die.” (Gen 2:15-17 WEB).

They can eat from every tree in the garden except the tree of the knowledge of good and evil. They should consider that poison, because “in the day that you eat of it, you will surely die.” They were fine with that until a serpent told them,

4 … “You will not die; 5 for God knows that when you eat of it your eyes will be opened, and you will be like God, knowing good and evil.”

They probably never thought about being like God before. But now that the serpent put that idea in their head, they thought, “That would be awesome.” So at a tree on a hill, they considered equality with God a thing to be grasped, and they grasped it. Because of that, they were banished from the Garden. God would still be with them, but it would never be the same.

In Romans 5:12-21, Paul describes Christ as a second Adam. When he was brought to a tree on a hill, he did NOT consider equality with God a thing to be grasped but humbled himself, becoming obedient unto death, even death on a cross—the perfect act of faithful obedience to God and loving self-sacrifice for us. And in so doing, he reversed the curse and restored our broken relationship with God.

Having the mind of Christ means humility and love that is willing to sacrifice oneself for others, even if it means suffering and death. He had a right to claim to claim equality with God, but instead he submitted himself to God’s plan to redeem humanity. How much more then should we stop grasping for equality with God and show God’s love through service and humility?

That was the first half of the hymn. The second half describes how God highly exalted Jesus in response to his perfect obedience. He gave Jesus a name that is above every other name, confirming his status as Christ and Lord. Because God glorified him, he can be called equal with God. We cannot expect to be glorified in the same way. But Paul said in the book of Romans we are children of God and heirs with Christ “if, in fact, we suffer with him so that we may also be glorified with him” (Rom 8:17 NRSV). If we share in his suffering to redeem the world, we will also share in his glory.

Furthermore, he said, “I consider that the sufferings of this present time are not worth comparing with the glory about to be revealed to us” (Rom 8:18 NRSV). We still won’t be equal to God. But whatever we are, it will be awesome.

Jesus is not a model for us to claim equality with God. He is the model of a servant who submits to God’s will, even when it means suffering unjustly at the hands of others. God’s will was for the redemption of humanity, even those who persecuted him. God’s will was to show the extent of God’s love in that while we were yet sinners, Christ died for us. Only after Jesus’s death and resurrection did the disciples understand what it meant for him to be the Messiah. It meant suffering and death, not for its own sake, but to save others.

It was foreshadowed in one of Isaiah’s songs of the suffering servant. God prophecies of someone called “My servant,” who is beaten so much that he does not even look human anymore. People see his suffering and think it must be the wrath of God on him. The servant does not demand justice, because he understands they do not know what they are doing. They are like lost sheep who have gone astray. Somehow they see God glorify him, and their conscience is pricked. They seek the one whom they once despised and rejected and want him to teach them the ways of justice and righteousness (Isa 52:13-53:12).

And the irony was he could have rescued himself. He could have exploited the equality with God that was already his. Before he came to us in human form, he was in the form of God. But he willingly surrendered his privilege as Son of God to become the suffering servant. If you want the mind of Christ, meditate on that for a while.

So if you think this verse is about how you can become equal with God, you have missed the point entirely.

Thanks for reading. I hope you’ll come back next time. Until then, remember these words from Matthew 7:12.

In everything do to others as you would have them do to you; for this is the law and the prophets.

Grace and Peace to you.