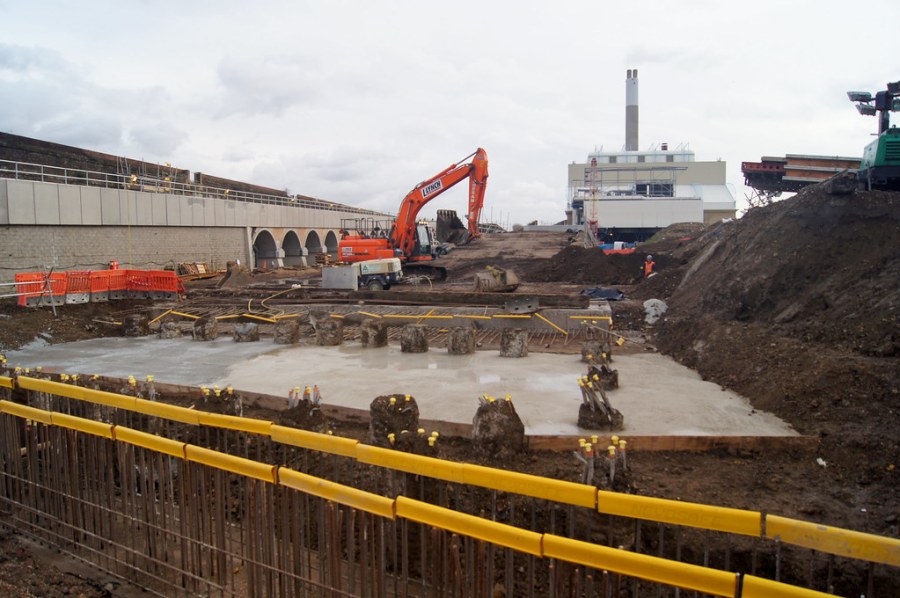 When I hear someone call themselves or someone else an apostle or prophet, I’m skeptical. I think we all should be. I accept that apostles and prophets were once part of the church. However, I don’t think God calls people to those roles anymore. God may call people to other roles—pastors, evangelists, teachers, deacons, or bishops, to name a few—but there are no more apostles and prophets today. I think this is best illustrated by comparing two passages from Ephesians.

Some Apostles, Some Prophets?

The gifts he gave were that some would be apostles, some prophets, some evangelists, some pastors and teachers,

Five church offices are listed here, prophets and apostles being among them. I remember a demonstration from one of my former pastors. He used the fingers of his left hand to demonstrate. The thumb is like the apostles. They can touch each of the other fingers. The index finger is like the prophets. They point where to go. The middle finger (please do not make any jokes) is like the evangelists. They reach out farther than any other finger. The ring finger is like pastors. They are married to the church. And the pinky is like the teachers. They get in your ear. (Imagine putting your pinky finger in your ear to clear it out).

So then you are no longer strangers and aliens, but you are citizens with the saints and also members of the household of God, built upon the foundation of the apostles and prophets, with Christ Jesus himself as the cornerstone.

There are plenty of references to evangelists, pastors, and teachers throughout church history. They have been with us all along and are still with us today. Not so with apostles and prophets. And yet, the author of Ephesians says they are the foundation of the Christian community. Why then are there no references to apostles and prophets after the first century? How could the church have continued without its foundation?

Think about it. If God is still calling apostles and prophets and speaking to them, that means the Bible is still being written. We need to add what they are saying on behalf of God to the Bible. So far, we have the Old Testament and the New Testament. If God is adding to the Bible, what testament would that be? The Post-New Testament? The Bible is finished. The Old Testament tells about the promise of a Messiah. The New Testament tells about its fulfillment in Christ Jesus. That is why he is the cornerstone that joins the two together. The Bible, with Christ Jesus as our Messiah, is the foundation of the Christian community.

The Church’s One Foundation

Here is another possibility to consider. Who gave us the Old Testament? The prophets. Who gave us the New Testament? The apostles. Our foundation is the Old and New Testaments, and Christ Jesus is the cornerstone that joins them together. Of the offices listed, they were the only ones directly involved in writing the Bible. Once the Bible was written, the apostles and prophets had served their purpose.

In the same way, the temple once served the purpose of atoning for sins and giving access to God. But after Christ, the temple was no longer necessary. The office of priests in the temple was no longer necessary. I believe the same thing happened with the offices of apostle and prophet. They served their purpose in writing the Bible. They received the word of God directly from the Holy Spirit. We receive it now in what they wrote.

Who Is Writing the Bible?

Think about it. If God is still calling apostles and prophets and speaking to them, that means the Bible is still being written. We need to add what they are saying on behalf of God to the Bible. So far, we have the Old Testament and the New Testament. If God is adding to the Bible, what testament would that be? The Post-New Testament? The Bible is finished. The Old Testament tells about the promise of a Messiah. The New Testament tells about its fulfillment in Christ Jesus. That is why he is the cornerstone that joins the two together. The Bible, with Christ Jesus as our Messiah, is the foundation of the Christian community.

This is a prime example of a debate between two philosophies, cessationism and continuationism. Cessationism is the belief that some things we read about in the Bible were for that time only. They have ceased, hence the term cessationism. Continuationism believes that everything in the Bible is or should have continued from the beginnings of the church on the day of Pentecost (Acts 2) to the still-awaited return of Christ. This has mainly to do with supernatural gifts and activities mentioned in the Bible, e.g., miracles, healings, prophecies, speaking in tongues and such. The argument extends also to whether or not we should expect God to call people to be apostles and prophets anymore. You can probably guess I am on the cessationist side. However, that is a recent development.

The Word of Faith folks are among the continuationists. When I was in that movement, I was definitely a continuationist. Even after I left, I still expected to be able to perform at least some of the miracles I read about in the Bible. I expected God to speak to me directly, even if I wasn’t a prophet or apostle. I expected some people would flow in the gift of prophecy. I thought every believer was supposed to speak in tongues to give evidence that the Holy Spirit dwelt in them. After decades of disappointment, I finally had to admit that cessationism made a whole lot more sense.

Even continuationists admit the church went without apostles and prophets after the first century. They claim those offices are being restored in this generation, because we are in the last days. If you ask them when the restoration began, they might point to the Azusa Street revivals of 1906, or maybe one the Great Awakenings in America. But that still begs the question, why is there such a big gap in our history with no apostles or prophets? I never heard them give a satisfactory answer to that.

So they actually admit the offices of apostle and prophet were discontinued. If they believe apostles and prophets are being restored now, that means they ceased at some point. Instead of continuationists, they should call themselves restorationists. But putting that inaccuracy aside, I suppose it is possible. If God wants to restore living apostles and prophets to the church, who am I to tell God, “You can’t do that”? But by the same token, if God has decided the apostles and prophets have fulfilled their purpose and are no longer needed, you can’t tell God to bring them back.

In the Bible, you will find when God called apostles and prophets, God did not expect people to believe them just because they said so. God gave signs to prove what they spoke really was the word of God. The prophets prophesied in the name of the Lord, and their prophecies came true. The apostles performed miracles and healings that only God could do. Do we see that from so-called apostles and prophets today? All I’ve seen are prophecies that don’t come true, false signs, lying wonders, healings that are nothing more than the placebo effect, and parlor tricks they claim are miracles, but even they have to know they are not. Has any one of them healed one case of Covid-19? Of course not. That should tell you everything you need to know.

Their whole shtick is getting back to the Bible. “Forget about your dead traditions. Forget about history. Just read the Bible and do it. You don’t have your proof, because you don’t believe the Bible.”

Well, the Bible says real prophets and apostles showed proof they were sent from God. The Bible says,

Beloved, do not believe every spirit, but test the spirits to see whether they are from God; for many false prophets have gone out into the world.

It does not tell us, “If they say, ‘Thus says the Lord,’ believe every word they say and don’t ask for any proof.” Test the spirits to see whether they are from God. Why do we need to test them? Because many false prophets have gone out into the world. Even when there were legitimate prophets, there were also many false prophets. How much more do we need to test them today? If they claim to speak for God, you are not being unfaithful by asking for proof. You are just doing what the Bible says.

6 thoughts on “No More Apostles and Prophets”